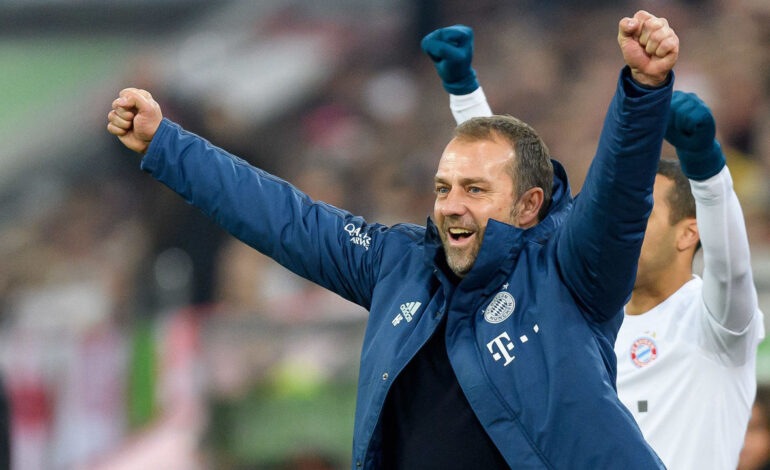 In addition to the groups for the 2020-21 Champions League campaign, UEFA revealed the recipients of a bevy of season-ending awards during Thursday’s ceremony in Geneva. Here are the winners of the various honors.

Men’s Player of the Year

The presumptive Ballon d’Or favorite prior to the scrapping of the 2020 installment, Robert Lewandowski capped a brilliant campaign by leading Bayern Munich to a Champions League title. The Polish international became one of only two players to capture a treble while leading all three competitions in scoring.

Women’s Player of the Year

Danish international forward Pernille Harder topped all scorers in the Champions League with nine goals as Wolfsburg lost to Lyon in the final. Harder also became the world’s most expensive female footballer when she joined Chelsea in September for a reported €300,000 fee.

Men’s Coach of the Year

From caretaker boss following Niko Kovac’s sacking to full-time manager and treble winner, Hansi Flick enjoyed a remarkable term with Bayern. Under Flick, the Bundesliga behemoths went on a torrid spell that included victories in 32 of 35 matches, the best points-per-match ratio in club history.

Women’s Coach of the Year

Lyon gaffer Jean-Luc Vasseur’s first season in the charge of the club was near-infallible: Les Fenottes notched a record 14th French League title on the spin and a record seventh Champions League conquest.

Goalkeeper of the Season

Bayern’s Manuel Neuer unsurprisingly earned the distinction after playing a key role in the club’s Champions League crowning. It was the same for Lyon shot-stopper Sarah Bouhaddi, who won her seventh Champions League with the French giants this past season.

Defender of the Season

Midfielder of the Season

Forward of the Season

Lewandowski led both the Bundesliga and the Champions League in goals in 2019-20, while Harder won the women’s award after achieving the same feat with Wolfsburg.

UEFA also honored Chelsea and Ivory Coast legend Didier Drogba with the President’s Award as part of Thursday’s festivities. The award is bestowed annually to a person involved in football who has contributed to the advancement and excellence of the sport.