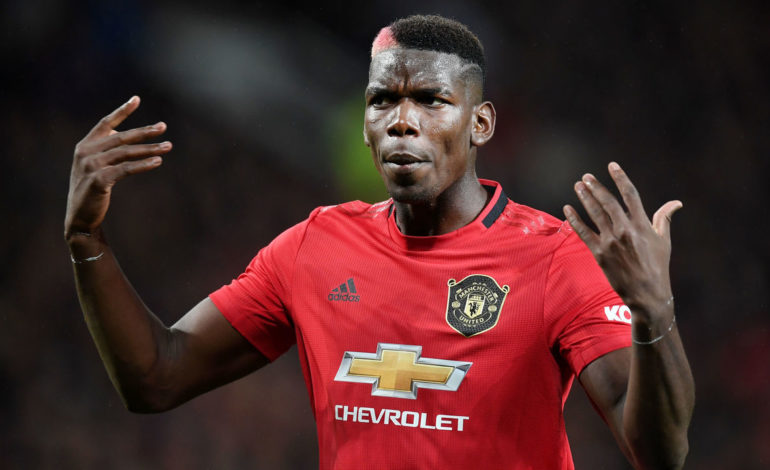 With the January transfer window officially open, we take a look at 20 high-profile players who could be on the move this month.

On multiple occasions this term, Ole Gunnar Solskjaer felt compelled to defend Pogba’s professionalism while he deals with ankle issues and illness. Why would Solskjaer do that if Pogba’s absences were entirely legitimate? Perhaps the midfielder is still unsettled and eyeing a departure from Old Trafford. Pogba’s links with Real Madrid – like his injuries – are persistent.

Most likely destination: Remains at Manchester United until summer

Eriksen has entered the final six months of his Tottenham deal so can ink a pre-contract agreement to join a foreign club on a free transfer. Spurs will be keen to get something for him now rather than see him leave for nothing in the summer. The Dane could be a key piece for teams chasing silverware, such as Inter, or for clubs known for rash spending, like Manchester United.

Chelsea wisely slotted a £40-million buyback option into Ake’s £20-million transfer to Bournemouth in 2017, according to The Athletic’s Simon Johnson and Liam Twomey. With his composure and slick distribution, Ake is an archetypal modern center-back who seems a neat fit for Frank Lampard and Jody Morris’ youthful revolution at Stamford Bridge.

For too long, Xhaka looked like an imposter at one of Europe’s biggest clubs. His agent’s recent claim that his client was set to join Hertha Berlin, then, made a lot of sense. But, since Mikel Arteta was hired as Arsenal boss, Xhaka has started two of three available matches and – whisper it – performed quite well. Could Arteta do the unthinkable and turn Xhaka into a serviceable midfielder?

Roy Hodgson indicated it was Zaha’s “big heart for the club” that allowed him to play at Norwich City on Wednesday despite lacking match fitness. However, Zaha asked to leave last summer, and Hodgson admitted before the Norwich game that a big bid would need to be taken seriously by Eagles directors. Pedro and Willian are nearing the end of their respective deals, so Chelsea are unsurprisingly linked.

Most likely destination: Remains at Crystal Palace until summer

The World Cup-winning frontman will be subject of numerous transfer reports this January. He’s started just two top-flight matches under Lampard, and his vast experience and 78 Premier League goals will tempt numerous clubs. Will a rival English side meet Giroud’s wage demands? Will an MLS outfit make him its marquee player? Will he return to France or join the Scudetto race in Italy?

We already know the magician will suit up for a club other than Manchester City next season, but his destination is up in the air. The midfielder, who turns 34 on Wednesday, has previously stated his intention to play for Las Palmas, who hail from his native island of Gran Canaria, but there are rumors that he will instead be a headline act for Inter Miami, the David Beckham-owned MLS franchise.

Most likely destination: Las Palmas (in summer via pre-contract agreement)

Bale’s age, injury record, and questionable dedication to Real Madrid in recent years make it unlikely that a club will stump up the fee and wages required to trigger the Welshman’s move. Tottenham are linked with Bale, but a more cost-effective and long-term option would be someone like Eberechi Eze, the young virtuoso lighting up the Championship with Queens Park Rangers.

Most likely destination: Remains at Real Madrid until summer

No longer an automatic choice in midfield thanks to Arthur’s emergence and the signing of Dutch stud Frenkie de Jong, Rakitic has started just five league matches this season for Barcelona. He’s stated his desire to remain at the Camp Nou, deeming it the “perfect place” for him in December, but sitting on the bench has a funny way of changing those feelings.

It would be difficult for Atletico Madrid to recoup the €72 million that they paid for Lemar in 2018, but Marca’s David Garcia Medina understands Los Colchoneros could cut their losses to free up funds for a striker. Lemar hasn’t scored or assisted for his club since April and has always appeared out of sync with manager Diego Simeone’s conservative approach.

Already furious over his exclusion from Juventus’ Champions League squad, Emre Can has largely been stapled to the bench this season, making just seven appearances – two starts – in Serie A. The feisty German was a key member of Max Allegri’s side but is rightfully looking elsewhere given his lack of chances under Maurizio Sarri, with Manchester United potentially offering an escape route.

Out of contract at the end of the campaign, it seems unlikely that the pint-sized Belgian will still be plying his trade with Napoli next season. Reborn as a center-forward during Sarri’s tenure at the club, Mertens has now been surpassed on the depth chart by Arkadiusz Milik. While a club in need of an immediate scoring punch could do worse than make a play for the 32-year-old, the opportunity to wait six months and get him for free is too good to pass up.

Most likely destination: Remains at Napoli until summer

One day, Borussia Dortmund will make a lot of money on Sancho. But, even after Erling Braut Haaland’s recent arrival, it’s unlikely the club will offload until the summer. The club hierarchy will be reluctant to hinder the team’s push for domestic honors, and Sancho’s asking price could reach untold levels with a strong showing for England at Euro 2020.

Most likely destination: Remains at Borussia Dortmund until summer

Were it not for the absurd scoring exploits of Robert Lewandowski, we’d all be salivating over the season that Werner is putting together; the Stuttgart-born forward has 18 Bundesliga tallies thus far, just one behind his Polish counterpart. RB Leipzig have a legitimate chance at capturing the German crown – they sit atop the table, after all – and would be mad to sell their most prolific player prior to the summer window. In June, though, all bets are off.

Most likely destination: Remains at RB Leipzig until summer

It seemed as though a day couldn’t go by this past summer without a new rumor linking Upamecano to one of Europe’s top clubs. Naturally, that trail has gone somewhat cold during the season. But with the window open once more, expect to hear about all the heavy hitters making inquiries over the young French defender, who has been tipped as a future superstar.

Most likely destination: Remains at RB Leipzig until summer

Cavani has never done anything wrong at Paris Saint-Germain, but he’s often been the odd one out. The club’s all-time top scorer hasn’t dipped below 16 goals in a Ligue 1 season, and it’s that kind of ruthlessness that has attracted Atletico Madrid. His advancing years and PSG’s desire to get rid of him – they have far too many attackers – make Cavani an affordable proposition.

The limited options behind Tammy Abraham in Chelsea’s strikeforce – Lampard clearly doesn’t think much of Giroud and Michy Batshuayi – could prompt a pricey swoop for Dembele, the former Fulham and Celtic marksman. The Frenchman is currently with underachieving Lyon, where he has netted 10 times in 16 Ligue 1 appearances this campaign.

Rest of the world

Frenkie de Jong and Matthijs de Ligt were already drawing attention before Ajax’s 2018-19 Champions League run but, by the time of the club’s semifinal elimination, Van de Beek had also established himself as one of the continent’s preeminent prodigies. The midfielder says he intends to stay at Ajax this January, but it could be a very different story if Real Madrid come calling.

Most likely destination: Remains at Ajax until summer

Amid high-profile deals that saw Haaland and Takumi Minamino join Dortmund and Liverpool, respectively, Hwang Hee-chan has largely flown under the radar at Salzburg. But the South Korean showcased his explosive skill set in the Champions League and should become the focal point of the attack for the remainder of the season, meaning any move will likely have to wait until June.

Most likely destination: Remains at Red Bull Salzburg until summer

Gabigol’s move to Europe didn’t go well. Following his €30-million switch from Santos to Inter, Gabigol mustered only 113 minutes and one goal in the 2016-17 Serie A term and was even worse during his subsequent loan stay with Benfica. But he’s rekindled his love for football back in Brazil, where, in 2019, he scored 43 goals and won the Copa Libertadores with Flamengo. The Brazilian giants are desperate to turn his loan paperwork into a permanent deal.