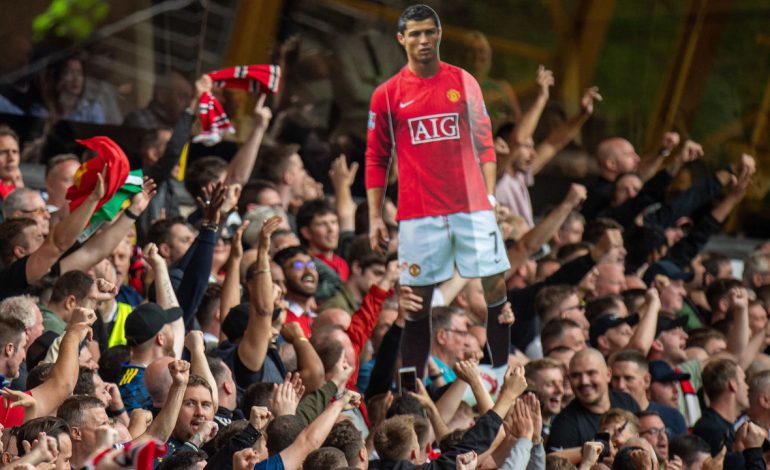 This is arguably the signing of the summer.

Eduardo Camavinga made his Rennes debut at 16, and it was soon clear he played with the maturity of a midfielder twice his age. He’s got incredible composure and always seems to pick the right pass, while his positional sense helps him break up play, create space for his teammates, and lead counter-presses. He dictated Ligue 1 matches with his all-around game, helping Rennes reach last season’s Champions League group stage.

Real Madrid are officially moving into their next era with this signing. Camavinga will be expected to become one of Los Blancos’ chief protagonists for the next 15 years, taking Luka Modric’s midfield mantle and establishing himself among the sport’s elite.

Camavinga was available for an affordable €31 million because his Rennes contract was due to expire in June.

DONE DEAL: Ronaldo in, James out at United ?

Cristiano Ronaldo and Manchester United used deadline day’s early hours to put the final touches on the transfer that still has the football world in a frenzy.

The 36-year-old was seemingly on the verge of joining local rivals Manchester City after their pursuit of Tottenham Hotspur’s Harry Kane collapsed. However, a chaotic few hours culminated with United announcing the return of Ronaldo from Juventus on Friday, pending an agreement of personal terms, the receipt of a visa, and the Portuguese forward completing a medical.

Some reports suggest City pulled the plug on a deal, allowing United to swoop in. Other accounts claimed the allure of United – and persuasive phone calls from former teammates such as Rio Ferdinand – encouraged Ronaldo to turn his back on City. There was even speculation that Ronaldo’s agent, Jorge Mendes, used City as a pawn to tempt United into an approach, though that would seem unlikely as some of Mendes’ top clients play for the reigning Premier League champions.

Perhaps the biggest debate around Ronaldo’s return is United’s motivation. Was this primarily an emotional decision, one designed to stop a club icon from moving to City and instead bring him back to Old Trafford? Or does Ole Gunnar Solskjaer believe the Madeiran maverick is the crucial final piece in a title-winning team?

There’s no doubting the supreme quality and influence of Ronaldo, but the riches United already had in attack and their vulnerabilities in defensive midfield may suggest their money was best spent elsewhere.

Ronaldo’s return dealt a significant blow to Daniel James’ first-team chances, so the Welsh winger moved across the Pennines to join Leeds United on Tuesday in a reported £25-million deal.

The Bundesliga rarely gets involved in the mad scrambles that define deadline days, so relegation-threatened Greuther Furth briefly had the spotlight as they struck deals for Cedric Itten and Sebastian Griesbeck.

Eintracht Frankfurt loaned Sam Lammers from Atalanta and have handed the Dutchman the No. 9 shirt previously worn by Andre Silva. Lammers, 24, enjoyed his most prolific season on loan at Heerenveen, where he scored 16 goals over the 2018-19 Eredivisie campaign.

Will Manchester City get their No. 9?

It’s gone a little quiet at City HQ since Ronaldo moved to their cross-town foes, and there’s still a vacancy for an out-and-out striker in Pep Guardiola’s squad.

Winger Ferran Torres has impressed at center-forward while Gabriel Jesus, who’s flourished in his recent outings on the right flank, remains City’s most natural striking option, but there will inevitably be rumors linking the club to the likes of Borussia Dortmund’s Erling Haaland and Fiorentina’s Dusan Vlahovic on transfer deadline day.

City’s No. 9 hunt isn’t necessarily over.

Kean signed off from Everton duty with a red card in a League Cup match at Huddersfield Town. It was a fitting way for him to end a disappointing spell on Merseyside.

With Dominic Calvert-Lewin establishing himself as the main striker at Everton and roving forward duties left to Richarlison, Kean struggled for minutes with the Toffees. The 21-year-old only once started in back-to-back Premier League matches and completed 90 minutes just twice: a 2-0 home defeat to Sheffield United and a cup win over League Two’s Salford City.

So, Everton potentially receiving even more than what they paid two years ago isn’t a bad return at all.

At Juventus, Kean is widely recognized as Ronaldo’s replacement. It’s a burdensome tag. But Juve should take confidence from his haul of 13 goals from 26 Ligue 1 appearances on loan at Paris Saint-Germain last season and his exploits as a teenager during his previous spell in Turin.

Kean has often thrived as a support striker or when being one of a few forwards, and Juventus can certainly play to those strengths when Massimiliano Allegri has the likes of Alvaro Morata, Federico Chiesa, and Paulo Dybala to call upon.

Brighton & Hove Albion could be one of the most exciting Premier League teams to watch following the addition of Marc Cucurella.

Cucurella, a £15.4-million arrival from Getafe, will wreak havoc on the left flank while a fit-again Tariq Lamptey will raze everything in his path down the right. It promises to be a thrilling watch.

The 23-year-old addresses an area of need for the Seagulls after midfielders Pascal Gross, Solly March, and Jakub Moder have played at left-back or left wing-back during the opening three matches of the Premier League season. Cucurella could also feature to the left of the striker, with Leandro Trossard playing on the right.