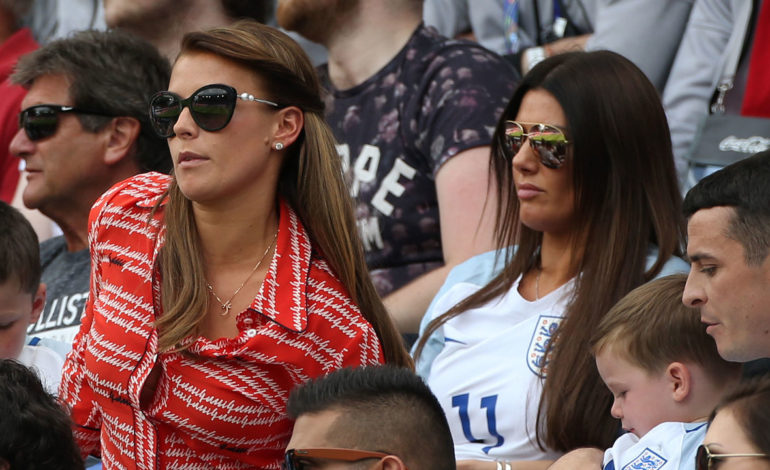 A lot has happened in both the men’s and women’s games in 2019. Here are the top 10 stories of the year in world football.

Coleen Rooney ran a sort of sting operation to catch Rebekah Vardy, wife of Leicester City forward Jamie, red-handed. By going public with claims that Vardy had leaked her stories to the press, Rooney became a folk hero, not so much for her shocking revelation, but for her savvy investigative skills.

Rooney made her Instagram account private and blocked all of her followers from viewing her stories – except for one person. Vardy’s account was the only one that had access to these “stories,” which were fabricated, and when they appeared in The Sun newspaper, Rooney had found her smoking gun.

Vardy, a reality TV star, denied the allegation, claiming many people had access to her account and that any one of them could’ve compromised her trust. She also expressed her disappointment in Rooney for making such a ruckus while Vardy was “heavily pregnant.” If nothing else, the headlines offered a reminder of the perils of social media. And laughs. So many laughs.

9. Kepa refuses to be substituted

All hell broke loose when Maurizio Sarri attempted to substitute Chelsea goalkeeper Kepa Arrizabalaga in the League Cup final in February. With the game heading to penalties, spot-kick specialist Willy Caballero was called upon to replace Kepa in goal, but the Spaniard refused, leaving Sarri fuming.

Kepa was only ever going to look foolish for his stubbornness. He made just one save in the subsequent shootout, giving Manchester City a 4-3 win.

Sarri dressed the incident as a “big misunderstanding,” but his anger on the touchline seemed pretty pointed. Kepa had undermined his manager, and Sarri, despite winning the Europa League in May, left the club after just one season.

Earlier in December, Lionel Messi edged out Virgil van Dijk by just seven votes to win his sixth Ballon d’Or. It moved the Argentine one ahead of Cristiano Ronaldo.

Messi scored 36 goals in La Liga during the 2018-19 season and led the Champions League with 12 tallies, often single-handedly deciding games for Barcelona.

Van Dijk had a solid campaign himself, winning the Champions League as one of Liverpool’s core pieces. His arrival stabilized the previously porous Reds and made players around him better. But even Van Dijk knew the writing was on the wall.

“I think Messi is the best player in the world,” the Dutchman said in June. “He deserves (the Ballon d’Or) as long as he plays.”

Liverpool scored four unanswered goals to erase a 3-0 first-leg deficit and upset Barcelona on an extraordinary night in the Champions League in early May.

The comeback was inspired by the unlikeliest characters. Divock Origi, who had made only five previous starts, set history in motion seven minutes in, and Georginio Wijnaldum scored twice in two second-half minutes after coming on for the injured Andy Robertson. Origi’s goal off a quick corner kick in the 79th minute finished off Barcelona.

For the second time in two seasons, the Catalan side was eliminated after wasting a three-goal advantage. Liverpool, of course, went on to the Champions League final, where they beat Tottenham.

When 28 players representing the United States’ women’s national team filed a lawsuit against U.S. Soccer in March over gender discrimination, their years-long battle for equality reached a breaking point.

The lawsuit claims the women get paid less than the men for winning the same number of games. U.S. Soccer president Carlos Cordeiro disagreed, saying the federation paid the women’s team $34.1 million in salary and bonuses, compared to $26.4 million for the men. A spokesperson for the women’s players said those figures were “utterly false.”

The USWNT is fighting for equal pay at a delicate point in the sport’s history. Norway’s Ada Hegerberg, widely considered the best player in the women’s game, boycotted the 2019 World Cup in protest of inequality.

Mauricio Pochettino had left hints that his time at Tottenham was coming to an end. He seemed irritated at the fact that he was now just a coach, not a manager with a say in the transfer market, and he called out his players when results were lacking. Pochettino, who had forged such a strong bond with the squad at his disposal, looked like a man out of ideas.

The run to the Champions League final masked some significant issues at the club, notably Pochettino’s decaying relationship with chairman Daniel Levy. There were players out of contract, too, and motivation was tough to find. Spurs finished the Premier League season with just three wins in their last 12 matches and began the next with just as little verve.

Pochettino was fired by Tottenham in November and replaced by Jose Mourinho. But Pochettino’s five-and-a-half years at the club changed its destiny. Tottenham challenged for trophies under Pochettino and qualified for the Champions League in each of the past four years – all while keeping a tight budget.

Serie A failed on a number of occasions to deal with racism in an orderly and decent manner in 2019. The league continually dismissed racist incidents as nothing more than minor offenses and chose not to act when evidence was provided. Cagliari went unpunished despite their fans making monkey noises toward Moise Kean, then playing for Juventus, in April, and toward Inter striker Romelu Lukaku in September. They were, however, fined for throwing bottles on the pitch.

AC Milan and Roma are now urging Serie A officials to take racism more seriously. They lent their support to Lukaku and Chris Smalling after a newspaper featured them under the headline “Black Friday,” and condemned the league’s use of monkey artwork in a since-revoked anti-racism campaign.

When Megan Rapinoe announced to the world that, no, she wouldn’t go to the “f—— White House” if and when the USWNT were to win the World Cup, it set off a political storm. Donald Trump tweeted Rapinoe “should never disrespect our country, the White House, or our flag,” referring not only to her statement but her refusal to sing the national anthem before games.

It wasn’t the first time Rapinoe had taken a stand. She was one of the few white athletes to join Colin Kaepernick in kneeling during the national anthem in 2016. This time, though, she had taken on Trump and the U.S. office directly, using her newfound fame to enter the political arena and denounce the president for excluding people. After winning the World Cup, she appeared with politicians and on a segment with Anderson Cooper on CNN to air her views.

A lot of people love her for her activism and her willingness to take on public figures. A lot of people hate her for exactly that. But there’s no questioning her impact on the American psyche in 2019.

The football world grieved the loss of Emiliano Sala after his body was discovered among the wreckage of a plane crash that occurred off the island of Guernsey on Jan. 21.

Sala was on his way to Cardiff to complete a transfer from Nantes when the single-engine aircraft carrying the 28-year-old plummeted into the English Channel. Rescuers initially called off the search, but Sala’s family launched a fundraiser to restart the effort. His body was found more than two weeks later. Pilot David Ibbotson’s remains were never discovered.

Sala voiced concerns about the weather in a message he sent over WhatsApp, which was leaked to the press in the days after the crash.

“If, in an hour-and-a-half, you have no news from me, I don’t know if they are going to send someone to look for me, because they are not going to find me,” he said.

The tragedy soon devolved into a messy squabble about compensation. Cardiff City refused to pay the transfer fee that Nantes believed they were owed, arguing that the contract Sala had signed wasn’t legally binding. FIFA ruled Cardiff must pay €6 million as part of their first installment. The club has appealed to the Court of Arbitration for Sport.

Video Assistant Referees were supposed to eliminate controversy and ease the burden on officials. So far, neither has happened.

The Premier League introduced VAR at the start of the 2019-20 season, becoming the last of the top five leagues to implement the technology. A total of 58 calls have been overturned thus far, with 16 goals allowed and 32 disallowed, according to ESPN’s Dale Johnson. Many of those calls boiled down to a matter of millimeters on a screen.

Pundits like Gary Lineker routinely complain about VAR, which has ruled players offside by the tip of their toes and their armpits. Decisions have also taken an inordinate amount of time to reach. Referees are discouraged from using the pitchside monitor to assess the situation on their own, and fans in the stadium are often left wondering which play is under review and why.