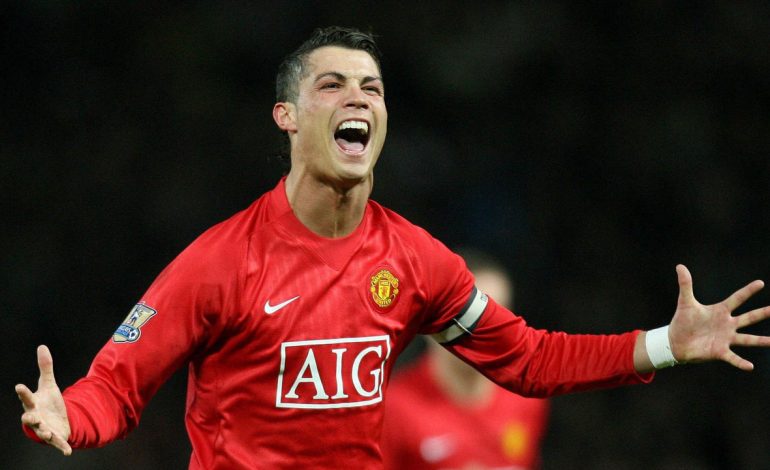 Manchester United reached a deal with Juventus on Friday to sign the five-time Ballon d’Or winner 12 years after his departure from the club, the Premier League club announced Friday.

A club statement read: “Everyone at the club looks forward to welcoming Cristiano back to Manchester.”

The contract is subject to the two sides agreeing to terms, as well as Ronaldo obtaining a visa to play in the United Kingdom and passing a medical exam.

Manchester United secured Ronaldo’s return after Juventus accepted an offer possibly worth up to €23 million, according to BBC Sport’s Simon Stone. Juventus will receive an initial €15 million plus €8 million in potential add-ons.

It’s understood that the 36-year-old will sign a deal that could keep him at United until 2023, reports The Guardian’s Fabrizio Romano and Ed Aarons.

Manchester United were hardly in the discussion to sign Ronaldo before Friday, as Premier League rivals Manchester City were considered the front-runners to complete a deal for him.

But according to ESPN’s Mark Ogden, Ronaldo was persuaded to reject a move to City after speaking with former Manchester United teammates.

United manager Ole Gunnar Solskjaer appeared to open the door for a reunion during his meeting with the media Friday.

“We’ve always had a good communication. I know Bruno (Fernandes) has been talking to him as well. He knows what we feel about him. If he was ever going to move from Juventus, he knows that we’re here.”

Former United manager Sir Alex Ferguson, who signed Ronaldo from Sporting CP in 2003, is also believed to have reached out to his former player, the Manchester Evening News’ Samuel Luckhurst reports.

Current star Bruno Fernades hinted he may have played a role in convincing his compatriot to rejoin the Red Devils.

City, meanwhile, reportedly decided Friday that they were no longer interested in adding Ronaldo despite reportedly holding talks with his agent, Jorge Mendes, earlier this week over a possible move to the Etihad Stadium.

United emerged as the new favorite shortly after Juventus manager Massimiliano Allegri confirmed Friday that Ronaldo had asked to leave the Italian club. Ronaldo spent three years at Juventus following his departure from Real Madrid in 2018.

Ronaldo arrived at Old Trafford in 2003 from Sporting CP and developed into one of the world’s best players during his initial six-year stint at Manchester United. He scored 118 goals in 292 games and captured his first Ballon d’Or award a year before departing.

The Portuguese superstar joined Real Madrid in 2009 for a then-transfer-record of £80 million (€94 million) and went on to help the Spanish side win five Champions League trophies.

Ronaldo’s arrival could mark the end to what’s been a productive summer for the Red Devils following the arrivals of winger Jadon Sancho and defender Raphael Varane, who played alongside Ronaldo for almost a decade in Madrid.