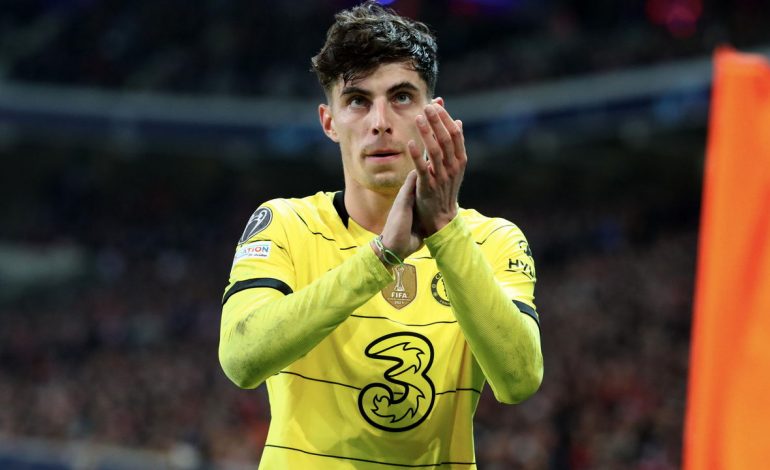 The draw for the quarterfinals of this season’s Champions League is complete, and some mouthwatering matchups are on tap. Here’s an early breakdown of each contest, along with predicted outcomes.

Other teams would’ve crumbled. A misfiring strikeforce, the dwindling contracts of three first-team defenders, and a League Cup final defeat to Liverpool had already shoved Chelsea under the microscope. Then, the Blues were tangled up in politics after owner Roman Abramovich’s links to Russian President Vladimir Putin forced the club on the market and led to a block on ticket sales, frozen television and prize money, and a £20,000 limit on the team’s travel costs for away matches.

But Chelsea have won five straight matches amid the chaos – a run defined by Kai Havertz’s excellence in attack and the unwavering focus of players like Thiago Silva and Antonio Rudiger. If anything, the club’s predicament has created a siege mentality at Stamford Bridge.

“I want us to be the team nobody wants to play,” Tuchel said after Chelsea reached the quarterfinals.

Chelsea are only one half of the round’s standout tie, though. Real Madrid are empowered by their remarkable comeback victory against Paris Saint-Germain in the last 16 and will be desperate to exact revenge following last season’s semifinal elimination. Their fairly comfortable position atop La Liga could also work to their advantage, allowing Carlo Ancelotti to rest key players for their quarterfinal bouts with the Blues.

Diego Simeone’s famously air-tight backline was punctured this season. Atletico Madrid have surrendered more goals than any other team in La Liga’s top eight, and their hopes of capturing back-to-back La Liga titles were shattered by a torrid winter which included defeats to Real Mallorca, Granada, and Levante.

But something seems to have clicked in recent weeks. There’s been a stark defensive improvement for Los Colchoneros with only three goals conceded over their last five league outings. And Tuesday’s Champions League vanquishing of Manchester United featured influential performances from Antoine Griezmann and Jan Oblak, and numerous shady tactics designed to disrupt the English side’s rhythm.

Simply put, it was classic Atleti.

This doubleheader presents a huge test for Manchester City. Pep Guardiola’s men were frustrated by resolute defending as recently as Monday’s 0-0 draw at Crystal Palace; Kyle Walker, often the last line of City’s resistance to counterattacks, will miss the first leg through suspension. In addition, imperious center-back Ruben Dias is sidelined with a thigh injury and isn’t expected to re-emerge until mid-April.

It isn’t exactly a crisis, but Bayern Munich are unsettled at the moment. For a club that always appears in full control, things are unusually turbulent in Bavaria. Rampant speculation surrounding star striker Robert Lewandowski’s future is becoming a distraction, results have dipped and allowed rivals Borussia Dortmund to get back into the Bundesliga title fight, and Julian Nagelsmann is dealing with a host of injuries and absences – particularly in defense – forcing disruptive lineup changes seemingly every week.

Against that backdrop, Bayern have to navigate an extremely tricky test against a Villarreal side flying high on the back of an emphatic triumph over Juventus in the previous round. Unai Emery masterminded the victory with excellent tactical tweaks and substitutions in the second half of the second leg, and now he’ll have almost three weeks to concoct a scheme to keep the Yellow Submarine’s run alive.

The task will be infinitely more difficult than stopping a deficient Juve, though. Sitting deep in a low block with nine players behind the ball worked wonders in Turin, but inviting that much pressure against Bayern is likely not a path to success.

For their aforementioned issues, this is still Bayern Munich, and sheer talent is hard to overlook; Bayern were ragged in the first leg against Red Bull Salzburg before smashing in seven goals at home in the return fixture. A stout Villarreal side, with Emery at the helm and plenty of seasoned veterans in the squad, certainly won’t crumble like the young Salzburg team did in the last 16, but another surprise here might be too much to ask.

Nelson Verissimo has instilled renewed hunger at Benfica since taking over for Jorge Jesus in December; that steely determination was on full display in the last-16 upset of Ajax. He’ll need every ounce of it to pull off what would easily be the most significant shock of the quarterfinals.

Liverpool are on an absolute tear right now.

The Reds have won 14 of their last 15 matches in all competitions, outscoring their opponents 32-5 over that stretch. The one loss – to Inter Milan in the previous round – ultimately wasn’t decisive, either. With nearly three weeks until the first leg in Lisbon, plenty can change, of course. But with Luis Diaz adding a fresh spark to the Liverpool attack and all the usual suspects still in tow, Benfica’s aging defensive duo of Jan Vertonghen and Nicolas Otamendi will find life significantly more difficult against the rapid, fluid Liverpool attack.

Even if superlative right-back Trent Alexander-Arnold hasn’t recovered from his hamstring injury in time for the quarterfinals, Liverpool have too much invention, creativity, and cutting edge for a dogged Benfica side to overcome.