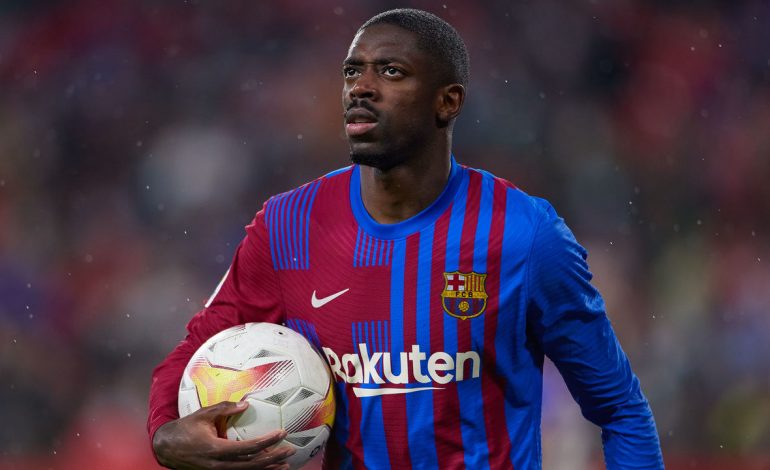 Two of the biggest fish in this summer’s free-agent pond – Kylian Mbappe and Antonio Rudiger – have already been snapped up. However, there’s still a wildly impressive crop of stars who have decided to run down their contracts and hit the open market – a growing trend in world football. Below, we’re guessing the landing spots for 20 of the most desirable players available on a Bosman.

Deja vu. Pogba is leaving Manchester United for the second time, and Turin – again – seems his likeliest destination. Reports suggest a four-year deal is imminent, with Pogba set to reunite with Max Allegri and, hopefully for Juventus, add panache to a midfield desperately lacking that type of spark.

Since Dybala’s departure from Juventus was confirmed, a switch to rivals Inter has been in the offing. The Argentine’s agent met with the Nerazzurri brass last week, and continued talks are expected. When healthy, the left-footed attacker is one of Serie A’s most spellbinding talents.

A clear fracture exists between Dembele and Barcelona’s front office, but the oft-injured Frenchman looked spectacular on the pitch under Xavi. Despite playing fewer than 1,500 minutes, Dembele led La Liga in assists last season. His creativity and playmaking are appreciated by former boss Thomas Tuchel.

Barcelona’s infamous financial situation is likely the only thing holding up Kessie’s move. After playing a vital role in helping AC Milan end their Scudetto drought, the Ivorian midfielder might find himself in a more intense fight for minutes in Catalonia. How he slots into Xavi’s team will be fascinating.

Di Maria’s decorated tenure at Paris Saint-Germain is now over, and he’s mulling a few options. He wants to play one more season in Europe before returning home to Argentina. Juventus, where he can help bridge the gap until Federico Chiesa returns from his ACL tear, seems a good fit.

One thing is certain with regards to Bale’s future: he’s not joining Getafe. After leaving Real Madrid, the Welshman could seek a lower-leverage situation where he can focus on being in top shape for the World Cup. Cardiff City may seem an improbable destination, but the Bluebirds fit Bale’s need.

Much like Kessie, all roads seemingly lead to the Camp Nou for Christensen following the end of his lengthy Chelsea career. Having played directly alongside Antonio Rudiger in west London, the next time the Danish center-back meets his ex-teammate could be as combatants in El Clasico.

Eriksen signed a short-term contract with Brentford in January to make his uplifting return and quickly proved that he’s still more than capable of making a difference on the pitch. Romance may be dead in football, but the two sides continuing their story together would be a truly welcome sight.

Few players make Jurgen Klopp radiate quite like Origi, whom the German bench boss described as a Liverpool “legend” prior to his departure. “A pure joy … Wherever he will go, he will be successful,” Klopp added. That’s great news for AC Milan. They’ve been pursuing the clutch scorer for some time.

Suarez played the fewest league minutes of his career this past season and recorded his lowest goal tally in a decade. That hasn’t dampened his suitors’ spirits, though. River Plate, who are losing hotshot Julian Alvarez to Manchester City, have made a formal approach for the veteran striker.

Fernandinho caught Pep Guardiola by surprise when he announced in April that he was leaving Manchester City. The Brazilian said family considerations would factor heavily into his next move. Athletico Paranaense, where he started his professional career, are located in his home state of Parana.

With a nine-month doping ban firmly in his rearview, Onana has been tipped as the long-term replacement for Samir Handanovic at Inter. Whether Onana assumes first-choice duties immediately or has to be patient for his chance, Inter fans will be happy to have someone other than Ionut Radu on deck.

It’s going to be a busy summer at Inter HQ. In addition to Dybala and Onana – and potentially Romelu Lukaku, among others – the Coppa Italia holders are working to land Mkhitaryan. After Roma and Inter made their respective sales pitches, it seems the Armenian has settled on Simone Inzaghi’s team.

With Burnley dropping into the Championship, Tarkowski is looking elsewhere to remain in the Premier League. The imposing defender won more aerial duels than any player in England’s top flight last season and would slot in nicely for an Everton side that was hopeless at defending set pieces.

Romagnoli may be the club captain, but Fikayo Tomori and Pierre Kalulu surpassed him on the depth chart. The pair became the Rossoneri’s go-to defensive duo during their stretch run to the Scudetto. Romagnoli is being eyed by Lazio, who can’t rely on 34-year-old Francesco Acerbi forever.

After nine trophy-laden years, Isco departs Real Madrid, where his influence waned. He started just two league games in 2021-22. The gifted Spaniard wants to stay in his homeland and could help a Sevilla team that mustered by far the fewest goals of La Liga’s top-five finishers last season.

Witsel’s winding career likely has one stop in Europe remaining. The midfielder, still a key member of the Belgian national team, has admirers in England. But a move to Champions League-bound Marseille might make the most sense. He could slot in and fill the role vacated by Boubacar Kamara.

It could be a summer of reunions for Lyon. Having re-signed Alexandre Lacazette, president Jean-Michel Aulas admitted he contacted Tolisso, too. After struggling with serious injuries at Bayern Munich, the Frenchman is “5,000% convinced” he can return to his physical peak.

Footballers, like anyone, want to feel valued by their employer. Manchester United no longer appreciates his versatile skill set, so Lingard could be in line for a return to West Ham United. That’s where he dazzled in a red-hot loan spell last year. If the sides can make the salary figures work, it’s a no-brainer.

Ibrahimovic is facing up to eight months on the sidelines after undergoing knee surgery in May, which complicates matters regarding his future. Re-signing with AC Milan, where his leadership of a young squad was even more important than his on-field contributions, seems prudent for all.

Everything you need to know about the Champions League final