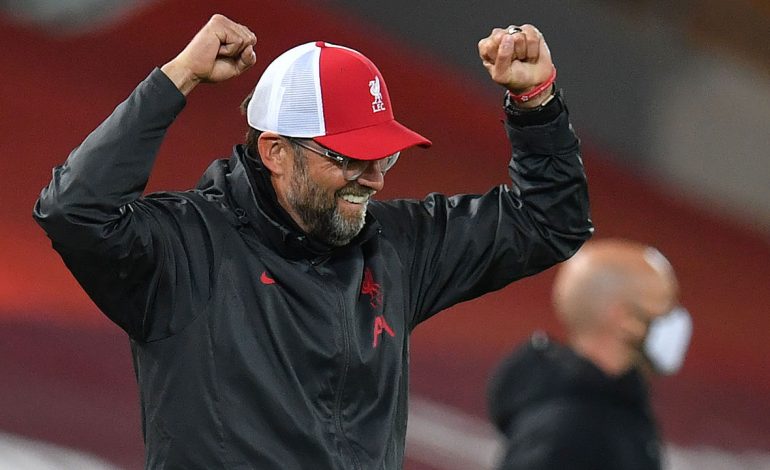 World football’s top players and managers of 2020 were recognized on Thursday at The Best FIFA Football Awards show. Below, ChampsArea runs down all the winners of the various trophies that were handed out.

In an unparalleled 2019-20 season, Lewandowski finished as top scorer in the Bundesliga, Champions League, and German Cup, leading Bayern to the treble with 55 goals in all. The 32-year-old would’ve been a favorite for the Ballon d’Or had it not been canceled due to COVID-19. Lewandowski, who was already named UEFA’s Player of the Season, beat out former winners and generational greats Lionel Messi and Cristiano Ronaldo.

Bronze, 29, returned to Manchester City after winning all there was to win with Lyon over the last three seasons. The accomplished full-back outshined former teammate Wendie Renard and Chelsea’s Pernille Harder to claim this year’s award. Bronze was also named the BBC Women’s Footballer of the Year in March.

Klopp defends his title as FIFA’s Best Men’s Coach. The affable German led Liverpool to their first top-flight title in 30 years, steering the Reds to first place with 32 wins out of 38 matches. Klopp also helped turn Anfield into a fortress – even without the presence of fans. Liverpool are currently unbeaten in their last 66 league matches at their home ground.

Wiegman led the Dutch national team to the final of the 2019 Women’s World Cup, where they bowed out against the United States. But the trip to FIFA’s showpiece event galvanized the public in the Netherlands and increased interest in the women’s game. Wiegman is now set to take over as manager of England’s national team in 2021.

Neuer enjoyed a remarkable comeback in 2020. Once at risk of losing his No. 1 status on Bayern Munich and the German national team, the World Cup winner reclaimed his place as one of the game’s best shot-stoppers. Neuer won the treble with Bayern and played every minute of their triumphant Champions League campaign.

Bouhaddi clinched a seventh career Champions League title in August, backstopping Lyon to a 3-1 victory in the final. The 34-year-old was named UEFA’s Goalkeeper of the Season, having kept five clean sheets in the tournament.

Tottenham’s Son, who beat out Flamengo’s Giorgian De Arrascaeta and Luis Suarez for the Puskas Award, earned worldwide acclaim for his spectacular solo effort against Burnley. The 28-year-old skipped past several defenders before streaking on goal and finding the back of the net.