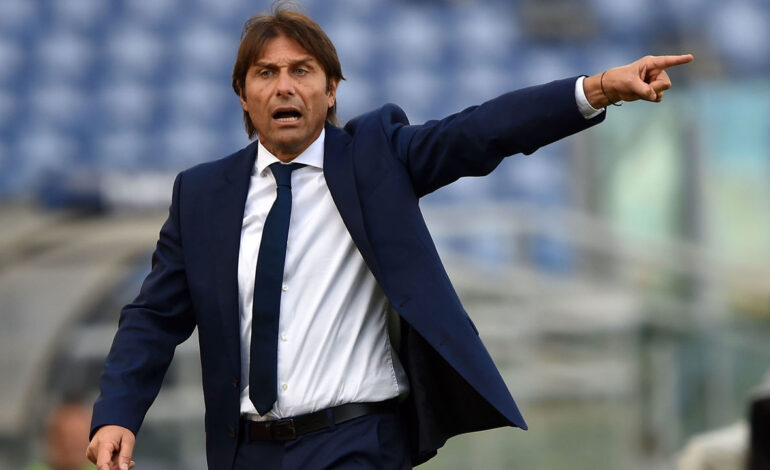 The Champions League campaign rumbles on this week, and with it, a new set of storylines to watch as Europe’s top sides continue to pursue the most coveted club trophy on the continent. Below, we look ahead to Matchday 3.

Something’s gotta give in Group B

One of Real Madrid or Inter Milan – potentially both – could be staring down the barrel of an early Champions League exit come the final whistle Tuesday in the Spanish capital. The overwhelming favorites to advance to the knockout stage from Group B, both sides have floundered out of the gate, failing to win a game and combining for just three points between them.

Zinedine Zidane’s team looks liable to concede every time it’s put under pressure, while Antonio Conte’s side, in typical Conte fashion, is having problems turning territorial dominance and possession into goals on the European stage. Adding insult to those scoring woes, the Italian club will be without star striker Romelu Lukaku as the Belgian deals with a thigh problem. That should give Madrid added hope that they can turn their continental campaign around, especially now that Eden Hazard has returned – hopefully for good – after enduring a miserable spell of injuries.

The aforementioned contest at the Estadio Alfredo Di Stefano is the marquee game of the round, sure. But, if you’re looking for sheer entertainment this week, Bergamo is probably your best bet, as Atalanta host Liverpool in a contest that could offer a pure adrenaline rush for neutral onlookers.

The Reds have made a concerted effort to tighten things up and play slightly more conservatively than the “heavy metal” football Jurgen Klopp used to champion, but they’ll likely have to ramp up the noise against an Atalanta side that, for better or worse, always cranks the dial to 11. The two clubs are currently in control of Group D, and the winner of Tuesday’s encounter will all but lock up a spot in the next round.

Will the real Manchester United stand up?

Manchester United are putting together quite the “Jekyll & Hyde” act early in the season. The Red Devils are flying in the Champions League, racking up maximum points from two games after wildly impressive wins over Paris Saint-Germain and RB Leipzig. Domestically, though, Ole Gunnar Solskjaer’s men are languishing in 15th, unable to replicate the kind of brisk, counterattacking play that has served them well on the continent.

So, who are Manchester United? The team that tore Leipzig to shreds en route to a stunning 5-0 win last week, or the meek outfit that could only muster a measly two shots on target at home against Arsenal over the weekend? It’s becoming increasingly difficult to predict. Solskjaer is racking up a Rolodex of notable triumphs during his managerial career, but a lack of consistency is the main reason there are still huge doubts over his ability to guide a club of this stature to sustained success.

COVID-19 still very much a factor

We got another stark reminder this week of the unprecedented challenges that 2020 continues to present, as another slew of positive COVID-19 tests derailed teams’ plans heading into Matchday 3.

Both Ajax and Dynamo Kyiv registered several cases ahead of matches against Midtjylland and Barcelona, respectively. Real Madrid, meanwhile, will be without Eder Militao, who contracted the virus on the eve of the meeting with Inter. Lazio, Juventus, and Shakhtar Donetsk are among other teams that have already endured similar issues in the tournament thus far.

At this point, unfortunately, coronavirus-induced absences should be the expectation each matchday, not the exception.

Paris Saint-Germain, who ended RB Leipzig’s run in this competition at the semifinal stage last season, head into a crucial rematch Wednesday heavily depleted once again. Neymar was expected to be the only marquee absentee as he deals with a thigh injury suffered last week, but Thomas Tuchel was hit with another huge setback Tuesday morning when the club confirmed fellow star attacker Kylian Mbappe will miss out due to a hamstring issue sustained on the weekend. Mauro Icardi and Marco Verratti are also out.

Leipzig, meanwhile, are in the midst of their first mini blip of the season, having lost consecutive matches, but PSG’s laundry list of injuries gives the German side an obvious edge.

With both teams sitting on just three points after they were each felled by Manchester United, the battle to advance from Group H is heating up. The loser, if there is one, could be in line for a date with the Europa League.

Hello again, old friend: Less than two months removed from his £22-million transfer to Chelsea, Edouard Mendy will say hello to the familiar faces of his former Rennes teammates when the French side visits Stamford Bridge. The shot-stopper has adapted quickly to life in London, offering stability between the sticks for the Blues, who suddenly look comfortable in their own end. The Senegalese international has made an immediate impact for Frank Lampard’s team: Chelsea are on a run of five clean sheets in six games.

One step forward, two back: Barcelona allayed some concerns over their poor start to the campaign by running Juventus off the pitch in Turin last week, offering supporters some hope that maybe, just maybe, this season won’t be a total disaster. They promptly lost much of that goodwill on the weekend, though, with a dour league draw that extended their winless streak in Spain to four matches. Which version of Barca will we get Wednesday against Dynamo Kyiv? Your guess is as good as ours.

Crucial day for Dortmund: A trip to Club Brugge – certainly no pushovers after an impressive start to the group stage – already presents a tricky enough test for a Borussia Dortmund side in need of three points Wednesday. And that’s before you consider that BVB will surely have one eye on Saturday’s Bundesliga clash against Bayern Munich. Can Lucien Favre afford to give any of his stars a slight rest ahead of the weekend’s huge contest? If he does, will it come back to bite Dortmund? A huge opportunity for the Belgians awaits.