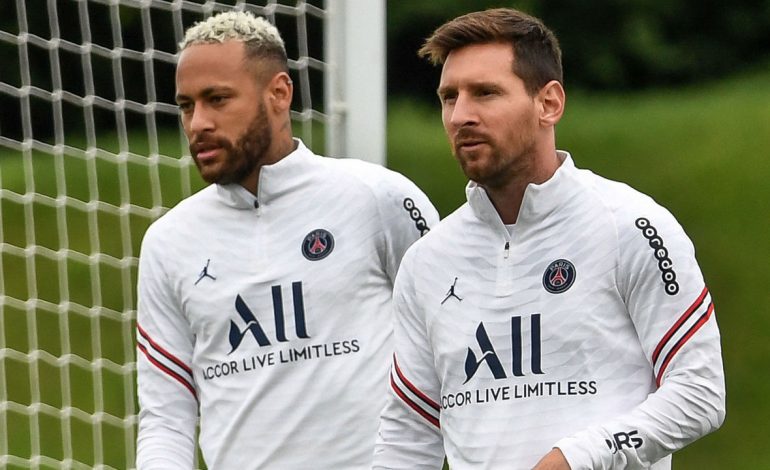 The draw for the 2021-22 Champions League group stage is complete. See how Thursday’s ceremony in Istanbul unfolded below.

Instant analysis: This will be most people’s picks for the dreaded Group of Death, as cash-rich pair Manchester City and Paris Saint-Germain are joined by exciting German side RB Leipzig. Belgium’s runaway champions Club Brugge aren’t just here to make up the numbers, either, after narrowly missing out on reaching last season’s knockout rounds.

Instant analysis: Liverpool will seek revenge against Atletico Madrid after the Spanish side eliminated them from the last 16 in dramatic circumstances in 2020. This heavyweight group is rounded out by 2003-04 Champions League winners FC Porto, as well as AC Milan, who make their long-awaited return to Europe’s premier competition after seven years away.

Instant analysis: Erling Haaland, Jude Bellingham, Giovanni Reyna, and Borussia Dortmund’s other exhilarating youngsters will aim to finish atop this group and improve on last term’s quarterfinal exit. But they shouldn’t take their opponents lightly, as Sporting CP are also blessed with plenty of youthful talent, Ajax boast serious European pedigree, and Besiktas fans can make Vodafone Park one of the loudest venues in world football.

Instant analysis: This looks familiar, doesn’t it? Inter Milan, Real Madrid, and Shakhtar Donetsk are drawn together in back-to-back years. The most interesting aspect of this quartet is the inclusion of debutants Sheriff Tiraspol, who beat Albania’s Teuta Dorres, Armenia’s Alashkert, Serbia’s Crvena Zvezda, and Croatia’s Dinamo Zagreb to reach this stage.

Instant analysis: Barcelona fans were given a painful reminder of one of the worst days in the club’s history when their team was drawn with Bayern Munich. The Blaugrana’s 8-2 defeat to Bayern in a one-legged quarterfinal in August 2020 promptly ended the managerial reign of Quique Setien, but it most notably triggered the chain of events that led to Lionel Messi dramatically submitting a transfer request via burofax.

Instant analysis: Group F offers a rematch of last season’s Europa League final when Villarreal overcame Manchester United in a mammoth penalty shootout. This quartet also includes hipsters’ favorite Atalanta, who regularly impress with their swashbuckling style of play under coach Gian Piero Gasperini. The Bergamo-based outfit has reached the quarterfinals and round of 16 over the past two campaigns, respectively.

Instant analysis: You could be forgiven for thinking this group belongs to the Europa League, but there are plenty of things to keep an eye on. Red Bull Salzburg have a seemingly endless conveyor belt of talent and could introduce another young star to the European stage. Sevilla are always dangerous, too, and have made some shrewd signings in the summer transfer window.

Instant analysis: The last time Champions League holders Chelsea beat Juventus in Europe was in 2009 when Didier Drogba scored the only goal during a first-leg knockout tie at Stamford Bridge. The Italian side has since drawn twice and won once against the Blues, and enters this season’s competition buoyed by the return of Massimiliano Allegri as head coach.