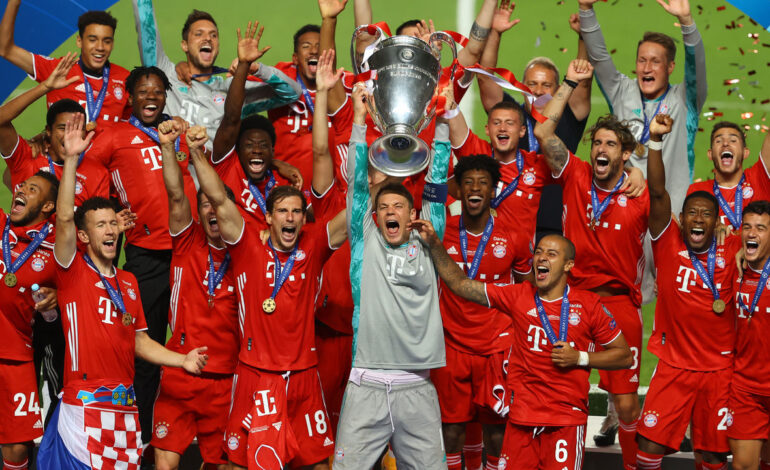 The draw for the 2020-21 Champions League group stage is complete. See how Thursday’s ceremony in Geneva unfolded below.

Instant analysis: Reigning champions Bayern Munich should stroll into the knockout stage, while Atletico Madrid – now powered by Luis Suarez – will likely join them. Don’t sleep on Red Bull Salzburg, though. Erling Haaland may not be there anymore, but Zambian striker Patson Daka will turn plenty of heads in the high-profile clashes with the two Group A heavyweights.

Instant analysis: Tricky. Decorated pair Real Madrid and Inter Milan jump off the page – rightfully so, considering their talent and pedigree – but underdogs Shakhtar Donetsk and Borussia Monchengladbach both have the tools to cause headaches, if not full-blown upsets, in Group B, which should make for some intriguing viewing.

Instant analysis: With all due respect to FC Porto, things could hardly have gone better for Pep Guardiola and Manchester City on Thursday. Winning the Champions League is becoming an obsession for the English club’s brass, and this somewhat fortuitous draw puts City in an ideal position to get their continental campaign off to a dream start.

Instant analysis: Expect plenty of goals. Premier League champions Liverpool will be looking to make amends for last season’s surprising ouster against Atletico and will meet fellow high-octane teams in the form of Ajax and everybody’s new favorite club, Atalanta. Danish side Midtjylland, who have become something of a champion for analytics in football, will be interesting to watch, too.

Instant analysis: Frank Lampard has to be smiling from ear-to-ear amid a wonky start to the season. Europa League holders Sevilla will provide a stern test and Rennes are rolling to begin the campaign in France, but Chelsea will be the favorites to top the quartet despite coming out of Pot 2. You can’t ask for much more.

Instant analysis: This is another section where the Pot 1 club – in this case, Zenit St. Petersburg – could have a tough time reaching the tournament’s knockout stage. Borussia Dortmund are easily the most talented team in Group F, while Lazio, returning to the Champions League proper for the first time since the 2007-08 season, will surely fancy their chances of advancing.

Instant analysis: The showstopper. All eyes will be on the eternal rivalry between Cristiano Ronaldo and Lionel Messi when Juventus and Barcelona meet. The GOAT debate will once again come into full focus, for better or worse, after fans were robbed of that matchup when Ronaldo left Real Madrid for Italy. Luckily for the two perennial powers, they were afforded some relief – relatively speaking – with the rest of the Group G draw.

Instant analysis: Save the best for last? This may be the most fascinating group of the lot, with RB Leipzig looking to build on last season’s impressive run by knocking one of Paris Saint-Germain or Manchester United off stride. The Red Devils, in particular, will be sweating a bit here. Group-stage debutants Istanbul Basaksehir, meanwhile, will be rolling out some faces that’ll be familiar to fans of the two big-name teams in the quartet.