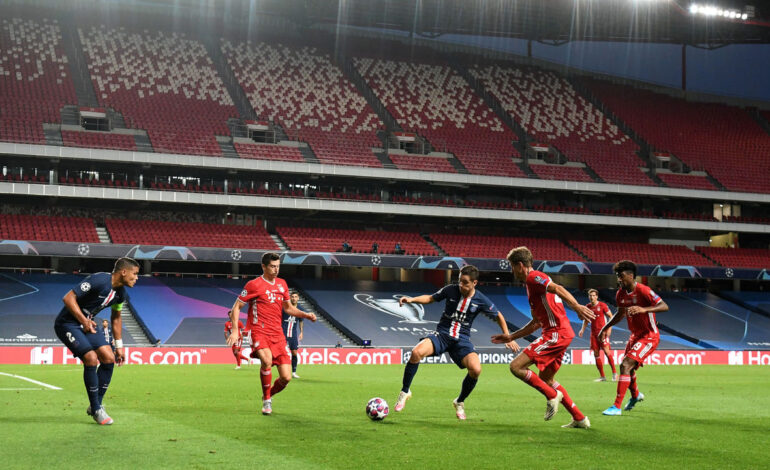 Sunday’s Champions League final was unlike any other.

Bayern Munich and Paris Saint-Germain contested European football’s biggest match without fans in attendance, but what the game was missing in atmosphere, it more than made up for in raw emotion.

Here are the best photos from Bayern’s 1-0 win in Lisbon:

PSG manager Thomas Tuchel gestures to the referee as Neymar suffers from one of his game-high six fouls.

Neymar’s tears draw all the cameras.

Lucas Hernandez, one of Bayern’s unused substitutes, poses with the Champions League trophy on his head.

Neymar touches the trophy after collecting his runners-up medal.

Bayern manager Hansi Flick gets thrown into the air after leading the club to another treble.