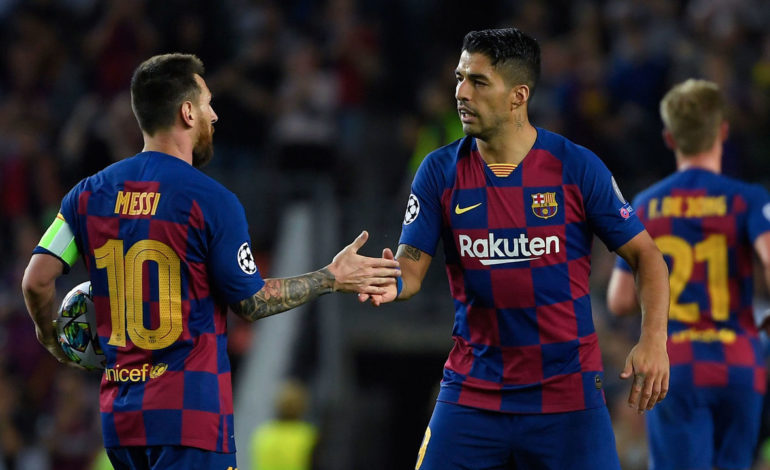 The scene is set for the knockout stage of the Champions League. Here are the four most compelling storylines from Monday’s last-16 draw in Nyon, Switzerland.

Consolidation of power is … not terrible?

Following the group stage, there was plenty of (justifiable) handwringing over Europe’s top five leagues turning the competition into their own personal playground. For the first time in the modern era of the Champions League, the proverbial Big Five – England, Spain, Italy, Germany, and France – provided all 16 entrants for the knockout stage.

Just one year removed from Ajax making a magical run to the semifinals – and coming within seconds of reaching the showpiece match – the power imbalance that exists in European football was highlighted like never before. Already rolling in cash, Big Football™ had won again.

That tune changed somewhat on Monday, though.

The consolidation of power is problematic for the long-term health of the sport, but in the immediate future, the result of that stranglehold is the type of tantalizing fixture list we’ve just been handed. Manchester City against Real Madrid in a colossal encounter! Liverpool versus Atletico Madrid in a clash of contrasting styles! Chelsea and Bayern Munich in a rematch of the dramatic 2012 final!

Those are brilliant matchups … but at what cost? It’s all very conflicting.

As ever, the Champions League knockout stage isn’t short on narratives. The theme of familiarity, and how it shapes a particular matchup, will once again be a defining topic of discussion as we approach February. And Pep Guardiola, who dominates so much of the discourse around this competition, will be at the forefront of that chatter after City were pitted against Real Madrid.

Madrid have largely been kind to Guardiola in the past, if not in the most recent encounters.

Both on the pitch and on the touchline, where Zinedine Zidane will roam the opposite dugout, this will be a true heavyweight tie.

Having figured things out after a slow start to the season, Madrid were surely the unseeded team that every group winner hoped to avoid heading into the last 16. That said, City really shouldn’t fear anybody. Not with that squad – and especially not if Aymeric Laporte returns before the opening leg in Spain on Feb. 26. Despite their troubling defensive issues, City are simply an altogether more cohesive unit.

Additionally, with City facing the near-impossible task of catching a runaway Liverpool freight train in the Premier League, it’s reasonable to suggest Guardiola could put all of his eggs into the continental basket. Madrid likely won’t have the luxury of doing the same as they go toe to toe with Barcelona for La Liga superiority.

The other fixture between English and Spanish titans that garnered all of the attention on Monday is the impending bar fight affair between defending champions Liverpool and Atletico Madrid. On the surface, it’s another high-profile contest befitting a final. But in reality, it’s difficult to see a path to the next round for Diego Simeone.

Despite once again boasting the stingiest defense in Spain’s top flight by expected goals – a shocker, right? – Atletico have been difficult to figure out this season. Simeone’s calling card has always been his impenetrable backline and a quick-hitting counterattack, but it’s starting to feel like the squad at his disposal is no longer suited to that tried-and-true style.

The pugnacity remains, but it doesn’t come quite so naturally anymore in the wake of recent departures.

Now Atletico must concoct a plan to stymie a Liverpool side that, in addition to being absurdly skilled, has increasingly maintained composure in the most hectic situations. All those late goals they’ve scored this season don’t happen by accident.

The Reds won’t be flustered, which likely spells trouble for a Spanish outfit that has so often thrived on rocking the opposition – literally and figuratively – through its use of aggression and the dark arts.

Both Barcelona and Juventus will no doubt be pleased with the way things turned out. No disrespect to Napoli and Lyon, respectively, but considering the other possibilities, it could’ve been worse for two of the tournament’s perennial favorites.

That’s not to say either team will have an easy ride into the quarterfinals. Those simply don’t exist anymore in this competition.

Napoli are the great wild card at the moment. Gennaro Gattuso’s reign got off to a dreadful start against Parma, but if he can restore some life into the squad, there’s enough sheer talent to trouble a Barcelona side that continues to look vulnerable.

Stopping Lionel Messi is an altogether separate issue, of course.

As for Lyon, they were just rocked with the news that captain Memphis Depay will miss the remainder of the season after rupturing his ACL. The talismanic Dutch forward scored five times in the group stage to lead Les Gones into the round of 16.

There’s always an upset somewhere. Where will it come from this time?