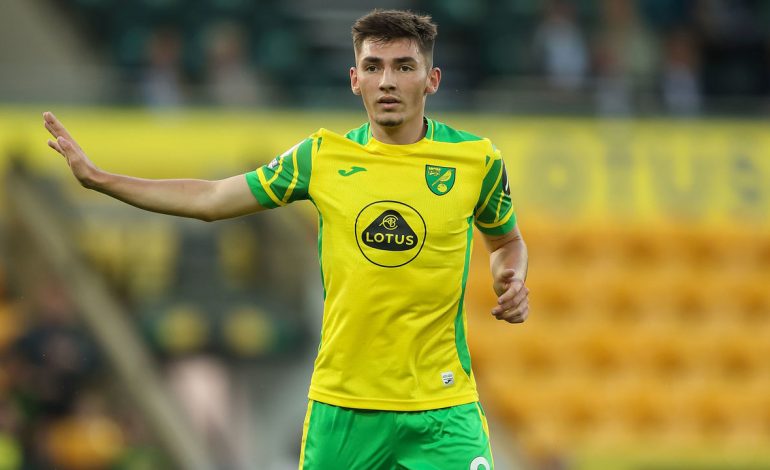 Every year, a new crop of youngsters stakes a claim to their club’s starting XIs. Here, ChampsArea selects 10 players 21 and under who could make a significant impact in Europe this season.

RB Leipzig beat AC Milan to the signing of center-back Simakan from FC Strasbourg, securing Dayot Upamecano’s replacement just a month after allowing him to join Bayern Munich. Simakan’s exceptional pace, aggressive play, and versatility make him the ideal defender for Leipzig’s high-octane football. He’d also fit well in a back-three, which Leipzig used on many occasions last season. Few defenders in his age group can progress the ball as well as Simakan.

As long as he stays fit, Gilmour will earn significant top-flight minutes for the first time in his career. The midfielder sat out most of last season with a serious knee injury, but he showed veteran poise in Chelsea’s midfield before that, controlling and dictating play in a limited number of appearances. He was named man of the match in Scotland’s goalless draw against England at Euro 2020 for a similarly composed display. He’ll now have a chance to star for Norwich in 2021-22 under a manager who demands his kind of progressive football in Daniel Farke.

Newcastle United reportedly agreed to sign Willock from Arsenal for around £20 million, permanently securing a player who starred for them while on loan last season. Willock scored goals in each of his last seven games, helping the Magpies avoid relegation with his dynamic play and progressive ball-carrying in midfield. Willock is four games short of tying Jamie Vardy’s record for the longest scoring streak in Premier League history, and Newcastle boss Steve Bruce will likely lean heavily on him this coming season.

Elliott looks ready to make inroads at Liverpool after recording seven goals and 11 assists while on loan at Championship side Blackburn Rovers last season. Jurgen Klopp isn’t known for rotating his squad – he was hesitant to make significant changes during the 2020-21 campaign – but Elliott could be a suitable stand-in for Mohamed Salah when necessary. Klopp has also tested Elliott in a deeper midfield role, suggesting the Fulham product could team up with 20-year-old midfielder Curtis Jones to help replace Georginio Wijnaldum.

Doku is the latest youngster to take the road less traveled to secure playing time. He could have signed with a bigger team than Rennes, but the opportunity to play regularly was paramount. His first season in France was full of ups and downs – not unusual for a teenager trying to harness his electrifying ability. But Roberto Martinez showed faith in the Belgian youngster, handing him his international debut last September before calling upon him against Italy in the Euro 2020 quarterfinals. Doku’s direct runs frightened Italy’s backline, creating more problems for the eventual champions than any single opponent in the tournament. His time to shine has come.

Madueke notched seven goals and four assists last season despite making most of his 24 appearances off the bench. Imagine what he could do with a full season of starts. He’ll have that opportunity in the coming campaign with former PSV playmaker Donyell Malen now at Borussia Dortmund. Madueke began with a brace in a 4-0 rout of Ajax in the Dutch Super Cup on Saturday. His first goal was a beauty, the culmination of a dominant run into the area. Madueke has been linked with a return to Tottenham Hotspur after spending time with the club as a youth player, but PSV would be wise to keep him for another season.

Pep Guardiola could turn to Delap – one of City’s standout academy players last season with 24 goals in the development league – if the club can’t afford to sign Harry Kane. Delap scored his first senior goal for City in a third-round Carabao Cup victory over Bournemouth last September and also made his Premier League debut. He has incredible strength for a teenager, and he’s an efficient ball-striker. His lack of discipline remains an issue, but his instincts in front of goal could convince Guardiola to keep him around the first team.

It’s been a transformative few months for Raspadori. In April, the 21-year-old captained Sassuolo, the club he joined as a nine-year-old, and scored a brace off the bench in a win over Milan. He finished the season strong and convinced Roberto Mancini to call him up to Italy’s Euro 2020 squad, earning a winner’s medal. Though he’s relatively short for someone in his position, he makes up for any height disadvantage with his quickness in tight spaces. Look for the forward to kick on and break the 10-goal mark for the first time in his career.

Brobbey is expected to be Leipzig’s long-term replacement for Timo Werner, an intelligent and mobile striker who can play anywhere across the front line. The Dutchman thrived at the youth level, scoring 84 goals in 103 games with Ajax’s academy sides. Brobbey’s top-flight experience is relatively limited – he made just 12 league appearances with Ajax’s senior side – but the scouting report on him is glowing. The teenage forward is a livewire in the penalty area and a nightmare for defenders to mark out of the game. Brobbey’s work rate should be an asset to Leipzig, a club that demands high intensity and diligence off the ball.

A year after becoming the Bundesliga’s youngest debutant and scorer at just 16 years old, Moukoko is in line to make more starts this season under new Dortmund coach Marco Rose. “We have to protect (his talent) and build it up carefully without slowing it down in any way,” Rose said recently. “I’m willing to encourage such good young players and to throw them into the game at some point.” Moukoko has nothing left to prove at the youth level after scoring 34 goals with Dortmund’s Under-19 squad in 2019-20, so the challenge should inspire him. Rose would also do well to groom Moukoko, who could replace Erling Haaland should he leave next summer.