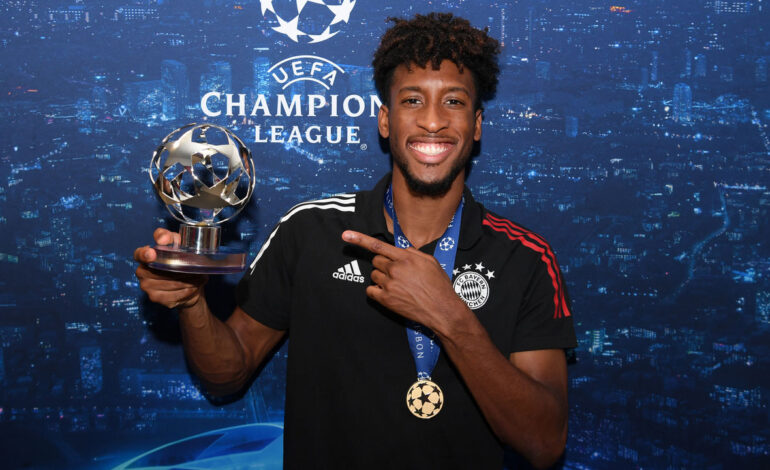 Bayern Munich capped their sensational season by bringing home the Champions League title with a 1-0 win over Paris Saint-Germain on Sunday in Lisbon. Below, we look at some of the preposterous numbers from the German club’s incredible campaign.

5 – Philippe Coutinho winning the Champions League reportedly triggers a clause in his contract forcing Barcelona to pay Liverpool an additional €5 million for his transfer. And he didn’t even win it with them. Ouch.

6 – With six European Cup triumphs to their name, Bayern Munich are now tied for third in the competition’s history, sitting behind only AC Milan (7) and tournament kingpins Real Madrid (13).

11 – Bayern won all 11 matches in the tournament this season, the first team to ever accomplish that feat. Manchester United went unbeaten en route to winning the competition in 2007-08, but tied three matches along the way.

12 – Hansi Flick has won three trophies since replacing Niko Kovac as Bayern Munich’s manager in November. Incredibly, that works out to an average of one trophy every 12 matches.

20 – Kingsley Coman, who scored the lone goal on Sunday, now has 20 major trophies to his name in his professional career. The French winger, a former PSG player, is still only 24 years old.

21 – Bayern Munich finished the season with 21 consecutive wins in all competitions. They went unbeaten in their last 30 games, winning 29 of them. Utter dominance.

27 – Going into Sunday’s clash in Lisbon, no player created more chances in this season’s tournament than Joshua Kimmich’s 27. Fitting, then, that he provided the assist for the decisive goal. The versatile German recorded at least one helper in each of the quarterfinals, semis, and final.

30 – Liverpool are reportedly working on a deal to sign Thiago Alcantara this summer and could pay as little as €30 million for the midfielder, who had more passes, ball recoveries, and interceptions than any other player in Sunday’s final. Seems like quite a bargain.

34 – Sunday’s match was the first time in 34 Champions League fixtures that PSG were held goalless; it hadn’t happened since 2016. For all of Bayern’s attacking prowess, they shut things down – with the help of Manuel Neuer.

43 – Bayern Munich scored 43 goals in the Champions League this season, 18 more than PSG. Not bad. Robert Lewandowski, the leading scorer in the competition, was responsible for 15 of those.

55 – Though the Polish star didn’t find the net on Sunday, Lewandowski finished the year with an absurd 55 tallies in all competitions. That’s 16 more than any other player in Europe’s top five leagues.

500 – Coman’s match-winning goal was Bayern’s 500th in the Champions League, making them just the third team to accomplish that feat after Barcelona (517) and Real Madrid (567).