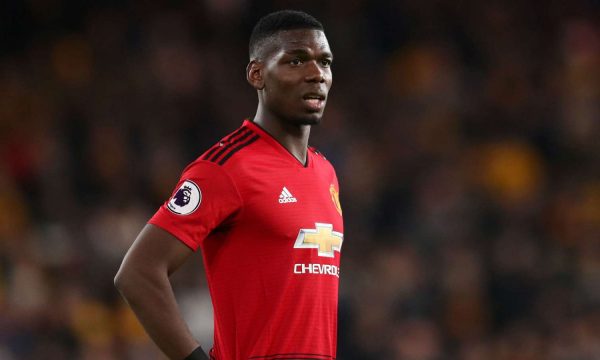 Manchester United midfielder did not show up in front of the goal in the last seven games, but these statistics do not disturb his coach.

Manchester United coach Ole Gunnar Solskjaer insists that Paul Pogba’s form over the course of time is no reason to worry.

The Frenchman was disappointing in Tuesday’s match against Wolves, which the “Red Devils” lost with result 2: 1 within the Premier League.

Having scored nine goals in the first 12 games since Solskjaer’s appointment as a temporary coach, Pogba has failed to find the gate in Manchester United’s last seven matches.

However, these statistics do not seem to disturb his coach, Ole Gunnar Solskjaer.

“He could easily have been an assistant after the wonderful game with Romelu Lukaku. These are just numbers and numbers. Pauli is working as much as everyone else, a few days just does not work, “Solskjaer said.

Scott McTominay’s goal passed Manchester United ahead of Molineux, where the victory would have sent his club to third place in the Premier League table, passing Arsenal and Tottenham.

But Diogo Jota equalized the score after Fred lost the ball at a dangerous stage. Later, Manchester United captain Ashley Young was booked with a red card due to improper intervention.

Manchester United first appeared to be in control of the game even though playing with less player in the field, but Joao Moutinho’s curling made Chris Smalling a self-serving mark.