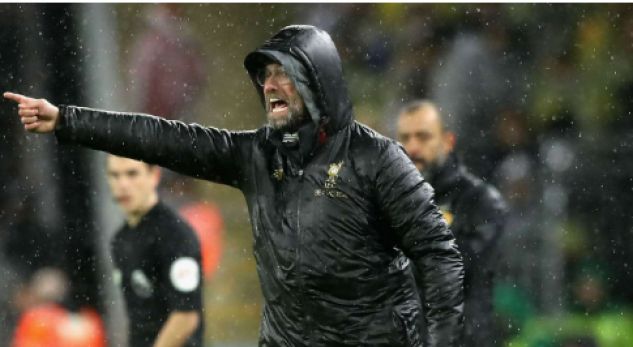 Former Borussia Dortmund coach is already a cult hero in Merseyside but he has admitted that there are no long-term plans ahead
Jurgen Klopp is thinking of his future in Liverpool until his current contract expires in 2022.

The German signed a new contract in July 2016, after being appointed Brendan Rodgers’s successor nine months ago.

Liverpool is four points ahead of Manchester City in Premier League, while there are hopes that this year, in May, they will win trophies but Klopp says his success is relative and he does not consider his future at present long term in the club.

“I do not want to think too far,” he told Sky Sports. “If you write it, many people will talk. Everything is going well for the moment, but still people say Klopp has not won anything. ”

“I did not win and this is a part of the truth, we should not think about the year 2022, because it is the longest path to that year.”

“While I like it here and I’ve got all of them – from the owners, the players to the fans to the fans in the club – we have to try and try, but at the moment if one of these groups is not happy or more, then we must consider it. ”

“We’re fine now, 2022 is far away so we should not think about it, until everything is right for us.”