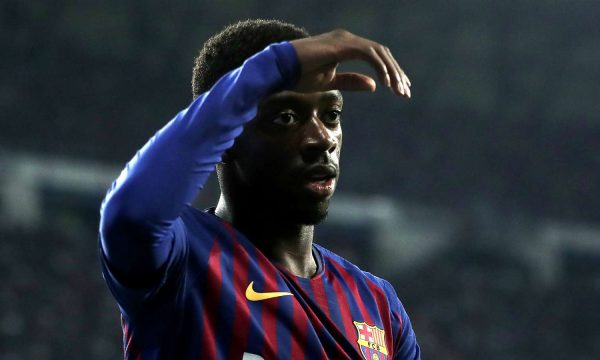 Ousmane Dembele has left behind his concerns and has returned to training without any problems with the Barcelona group.

French striker Ousmane Dembele has left behind the injury and has returned to training before the very important matches that Barcelona will develop; with Atletico Madrid on Saturday (LaLiga), Manchester United on Wednesday (Champions League).

The Frenchman returns after a problem in the thigh muscles, injury he suffered last month in the 5-1 win against Lyon in the Champions League.
Dembele was expected to miss United, with the first match to be played on April 10 and return six days later at Camp Nou.

But the recovery has gone as it is best and if not this weekend against Atletico, he is expected to play from the first minute next week against United.