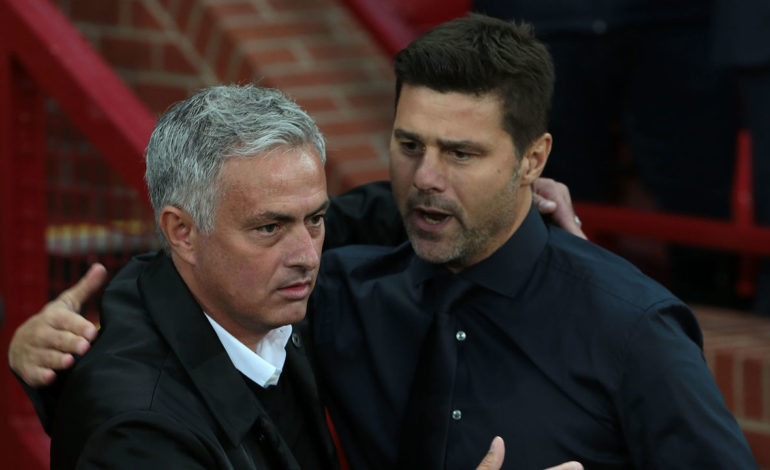 Barely a year after he was kicked to the curb by Manchester United – his dwindling reputation in tatters in everyone’s mind but his own – Jose Mourinho is returning to the Premier League.

Tottenham Hotspur made the jarring decision to fire Mauricio Pochettino on Tuesday. Less than 12 hours later, they officially unveiled the bombastic Portuguese as his successor, complete with a contract until 2023.

For the neutral fan, it’s exciting and terrifying all at the same time. Here are three takeaways from a whirlwind day in north London:

Wrong place at the wrong time?

Those skeptical of the move aren’t alone. Far from it. This feels like it could be a trainwreck.

Instrumental as Pochettino’s been in elevating Tottenham to their current status, it’s impossible to deny the team’s been an unmitigated disaster this season. But regardless of your thoughts on his exit – and whether he’d earned the right to at least try to solve the problem – it seems absurd to suggest Mourinho, of all people, is suited to fix what’s clearly ailing the club.

Spurs, ironically, are in the midst of the quintessential “Mourinho Season.” We’ve seen it before, most notably during his second stint at Chelsea and his more recent appointment at Old Trafford, both of which ended in infamy.

An underachieving squad that’s grown to resent its manager and tune out his authoritarian approach isn’t unique. Players wear down, mentally as much as physically, and Pochettino’s type of unwavering message has an expiration date. It seemed clear that many of the senior members of Tottenham’s squad, particularly Christian Eriksen, had grown tired of it.

Fair enough. It can be grating, particularly when results on the pitch begin to sour, as they have this season. The situation was untenable.

But now, according to Daniel Levy, the antidote is…the very man who wrote that playbook? Incredible, really.

The Tottenham chairman seems to think his club, which could be on the verge of a significant rebuild in the coming years, needs another controlling personality to replace the one it just pushed aside.

Spurs’ options may be slim at the moment: The laid-back profile befitting a “steady the ship” manager – the Carlo Ancelottis of the world, for example – isn’t really available as an interim choice. Perhaps it really was boom or bust, and Levy couldn’t afford to wait until summer when there’s sure to be managerial talent on offer that better fits the long-term mold.

Regardless, this feels like an error in judgment, one with which Levy will be forced to reckon well before Mourinho’s contract reaches its maturation.

As witnessed from their peak performances in recent seasons, Tottenham are at their best when they’re playing an ultra-aggressive, high-pressing style, swarming the opposition and harrying them into punishable mistakes.

Say goodbye to that.

In that sense, Mourinho is the polar opposite of Pochettino – or, for that matter, of similarly celebrated coaches like Pep Guardiola and Jurgen Klopp, each of whom has easily surpassed the 56-year-old in tactical innovation.

How will the likes of Heung-Min Son and Dele Alli function in an outdated system designed to produce a tepid, slow brand of football?

That’s not to say Spurs won’t see an uptick in results early in Mourinho’s reign; with a measly three wins from 12 league matches this season, they can’t get much worse. But is his style really suitable for a club with such lofty aspirations? There’s no “right” way to win football matches – just ask Atletico Madrid – but teams that boast financial backing like Tottenham’s are increasingly expected to win and entertain. Mourinho, decorated though he may be, is an antiquated tactician who champions a utilitarian approach to the game.

At the end of the day, winning ugly is still winning. But if his demise at United proved anything, it’s that Mourinho’s defense-first, counter-attacking schemes are no longer the best way to win matches.

And to compound potential problems, there’s an issue that looms large off the pitch as well: transfer funding.

Mourinho famously clashed with Ed Woodward over transfer dealings at Manchester United, upset with the chief executive’s unwillingness to splurge on his desired defensive targets; only after he was jettisoned did the Red Devils procure the services of Harry Maguire, a Mourinho favorite.

This presumably would’ve been ironed out at the negotiating table, but Levy could offer Mourinho even greater resistance in this space. The notoriously stingy Tottenham chairman went two transfer windows without signing a new player before finally opening his checkbook this past summer. If Mourinho thought Woodward was difficult come the summer and winter windows, what happens when he locks horns with Levy?

It would be cruel, really, if Mourinho was given the resources to rebuild his new squad so soon after Pochettino – who was desperate for funds to do exactly that – wasn’t properly afforded the opportunity.

Get your popcorn ready

Not for the actual football. As outlined, from that perspective, it’s probably best to prepare for the transformation of this once-explosive side into a more robust (read: bland) unit.

Who will Mourinho alienate first? Which player will be frozen out of the squad? How long until he takes a shot at Pochettino’s lack of trophies using that classic condescending tone?

The possibilities are endless, really. And we may not have to wait very long for fireworks.

Mourinho returns to his old stomping grounds in short order; Tottenham visit Old Trafford in just two weeks, and their new manager’s pre- and post-match press conferences will be must-see viewing. If Spurs win, no doubt. If they lose, even more so. Either way, he’ll likely be demanding respect before too long, man.

No matter how this relationship unfolds – despite all the evidence presented, would anybody be truly shocked if Mourinho led Spurs to an FA Cup title? – one thing’s for certain: It’ll be an entertaining ride.